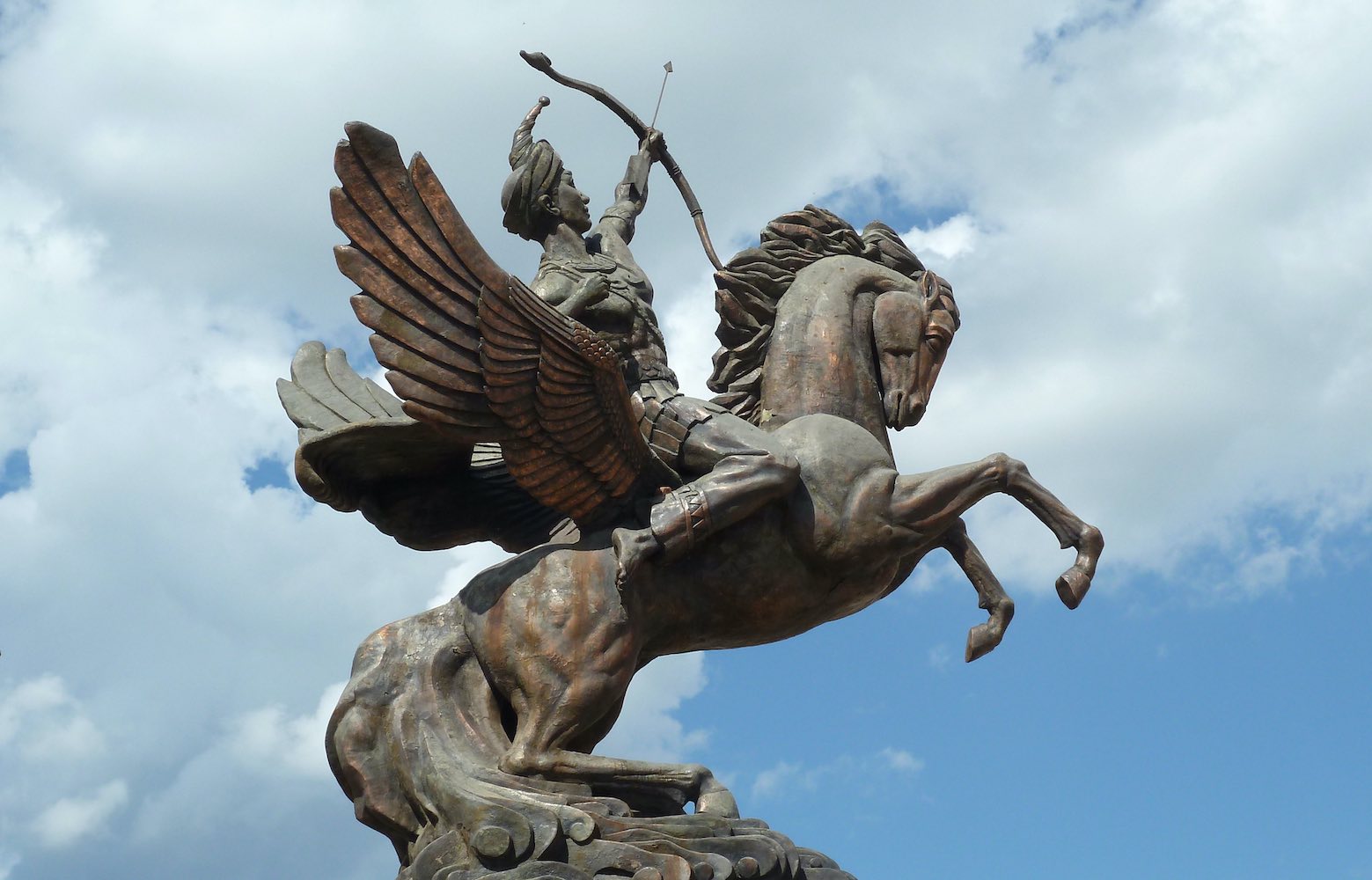 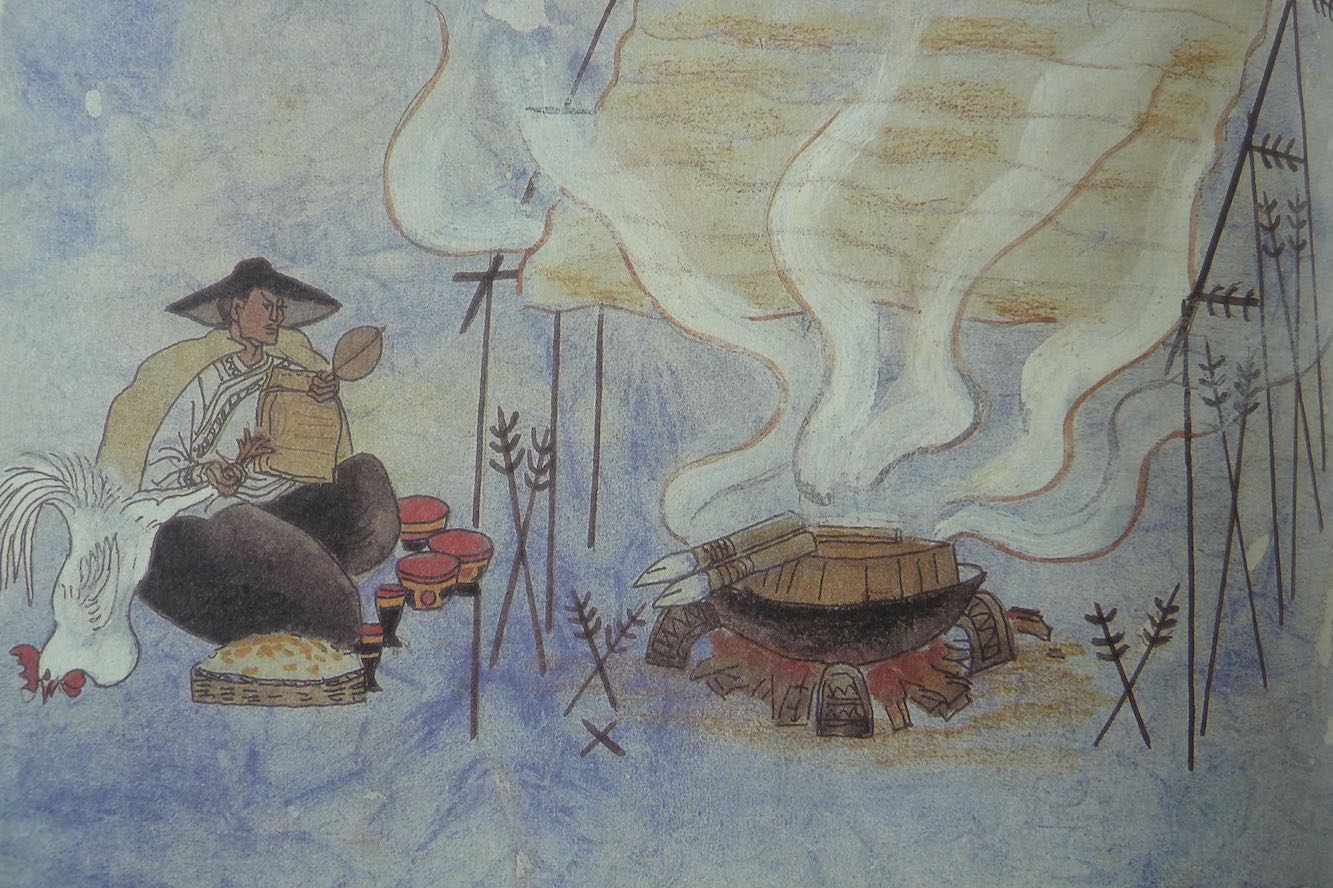 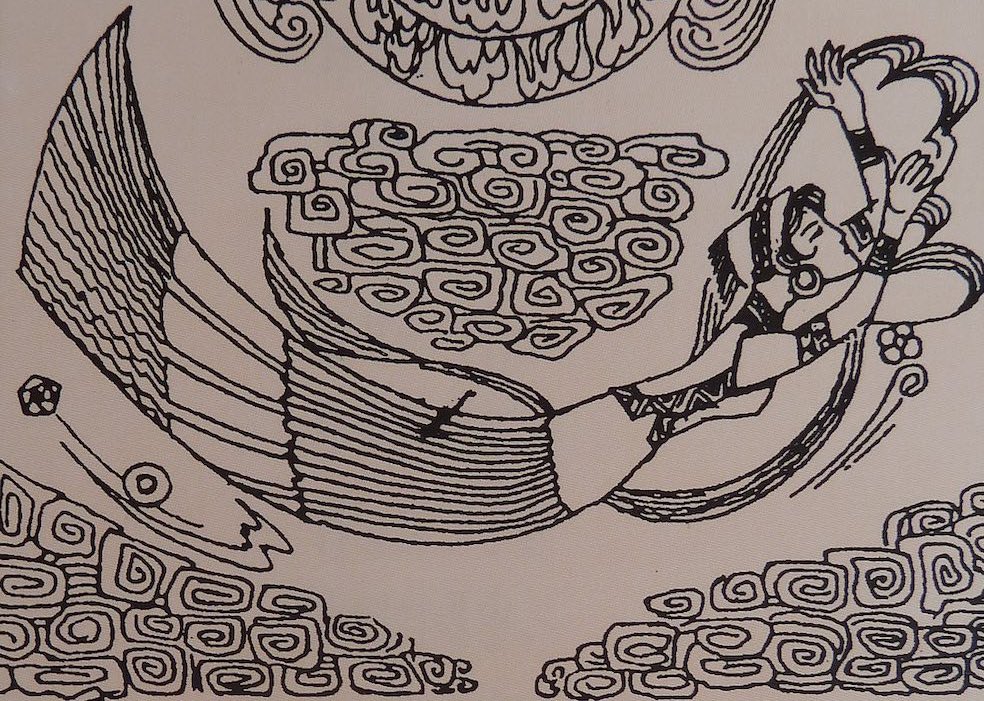 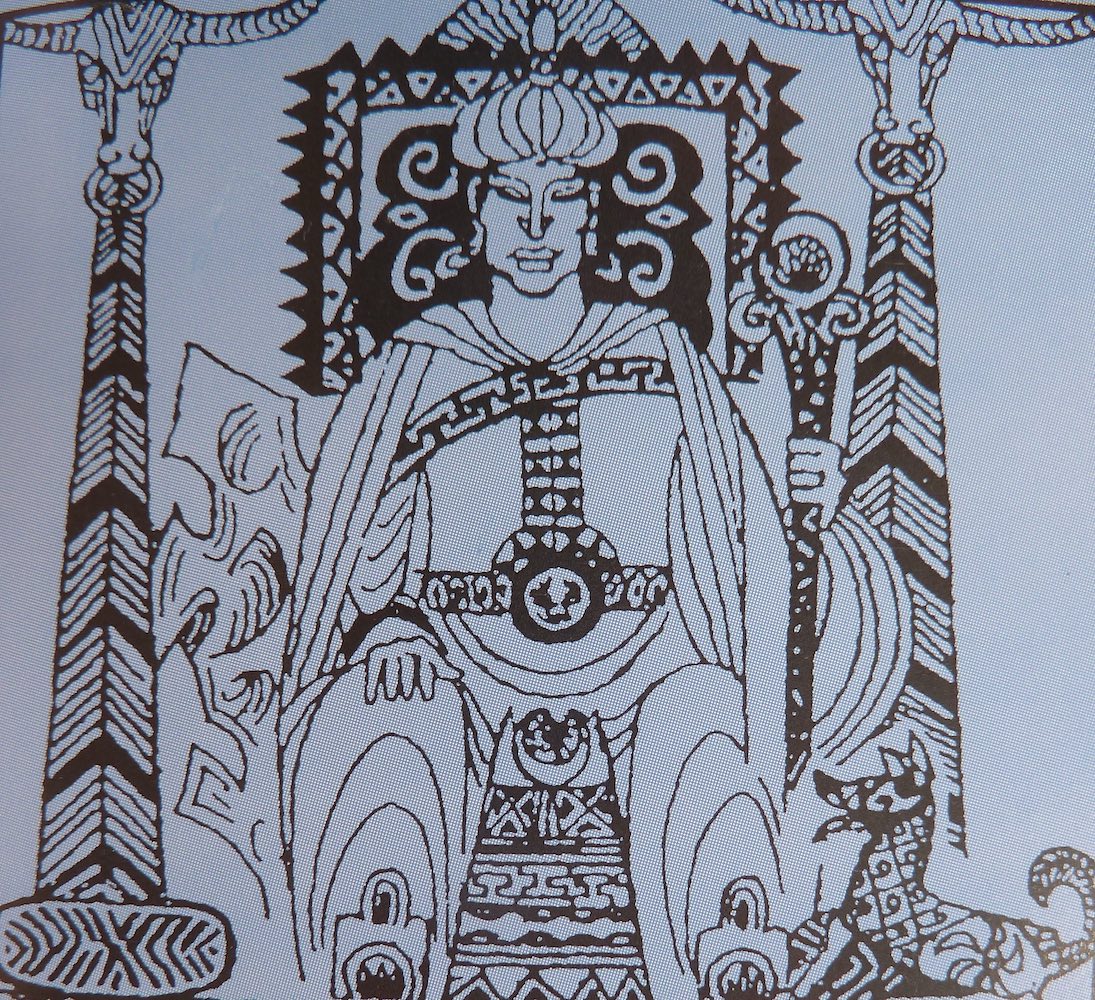 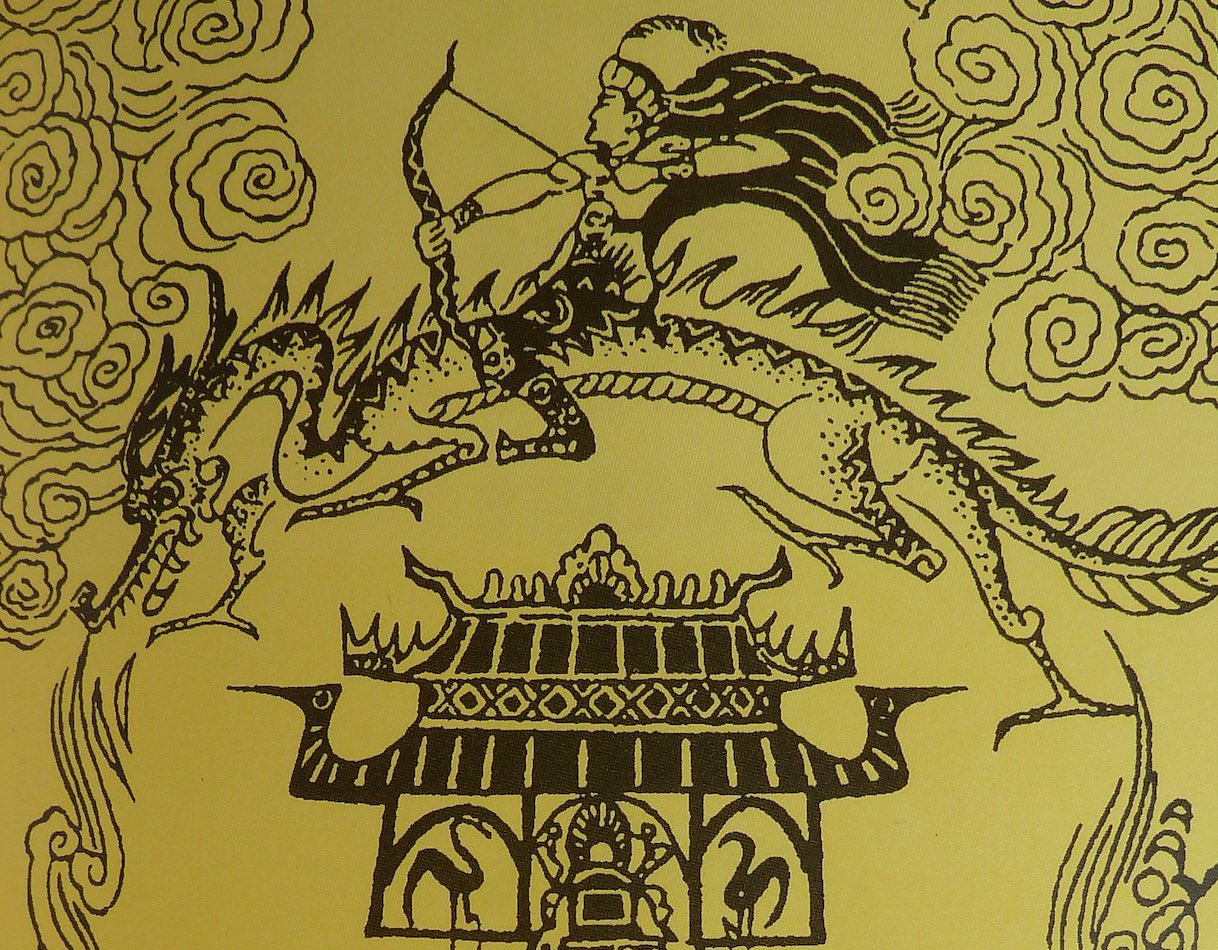 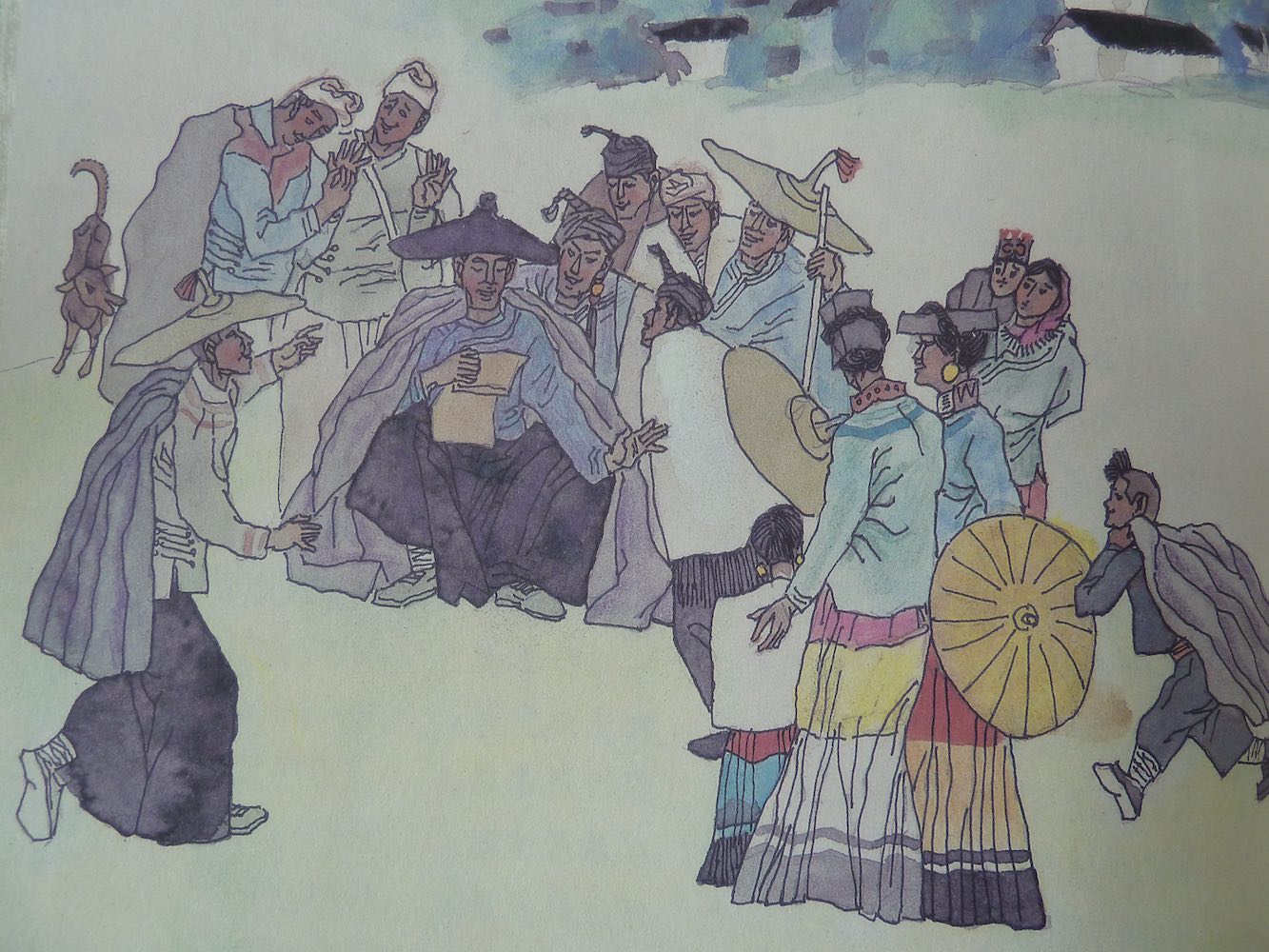 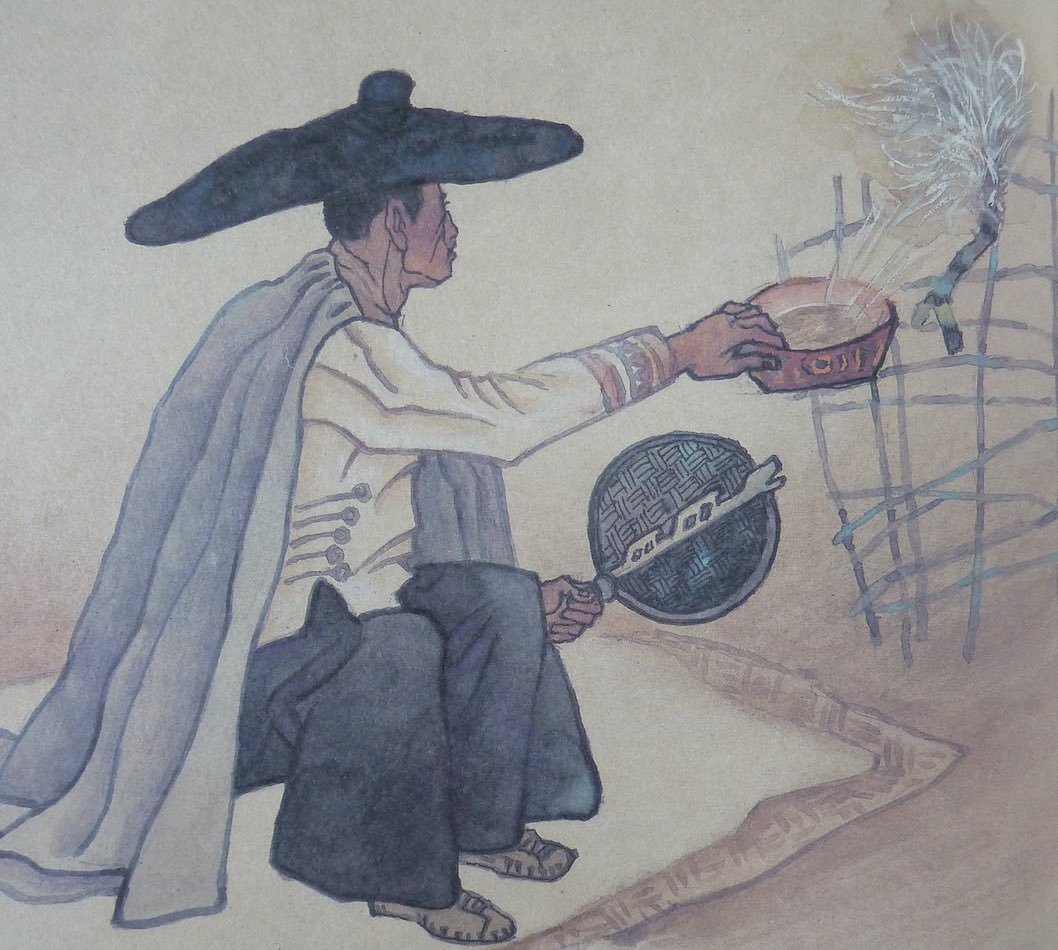 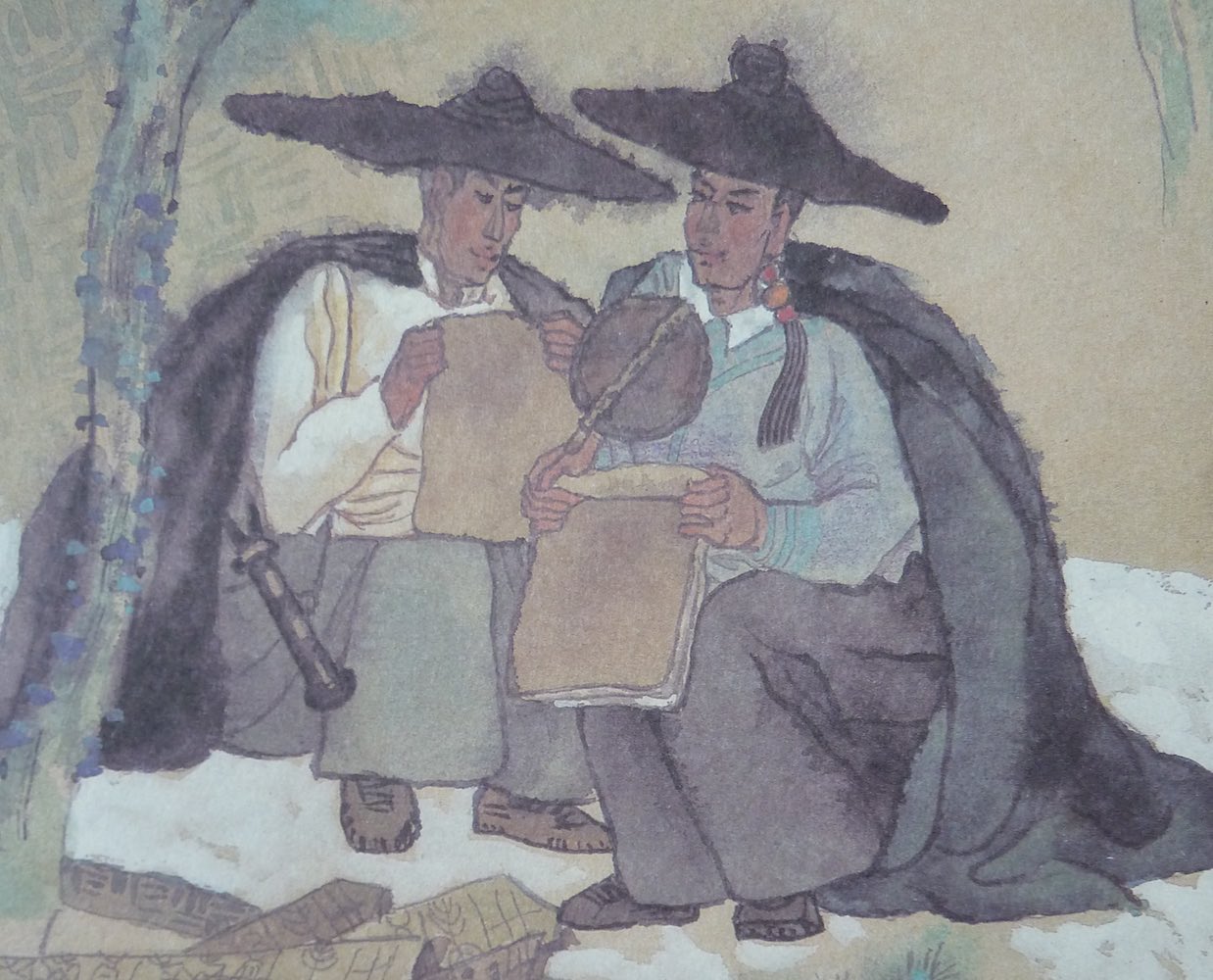 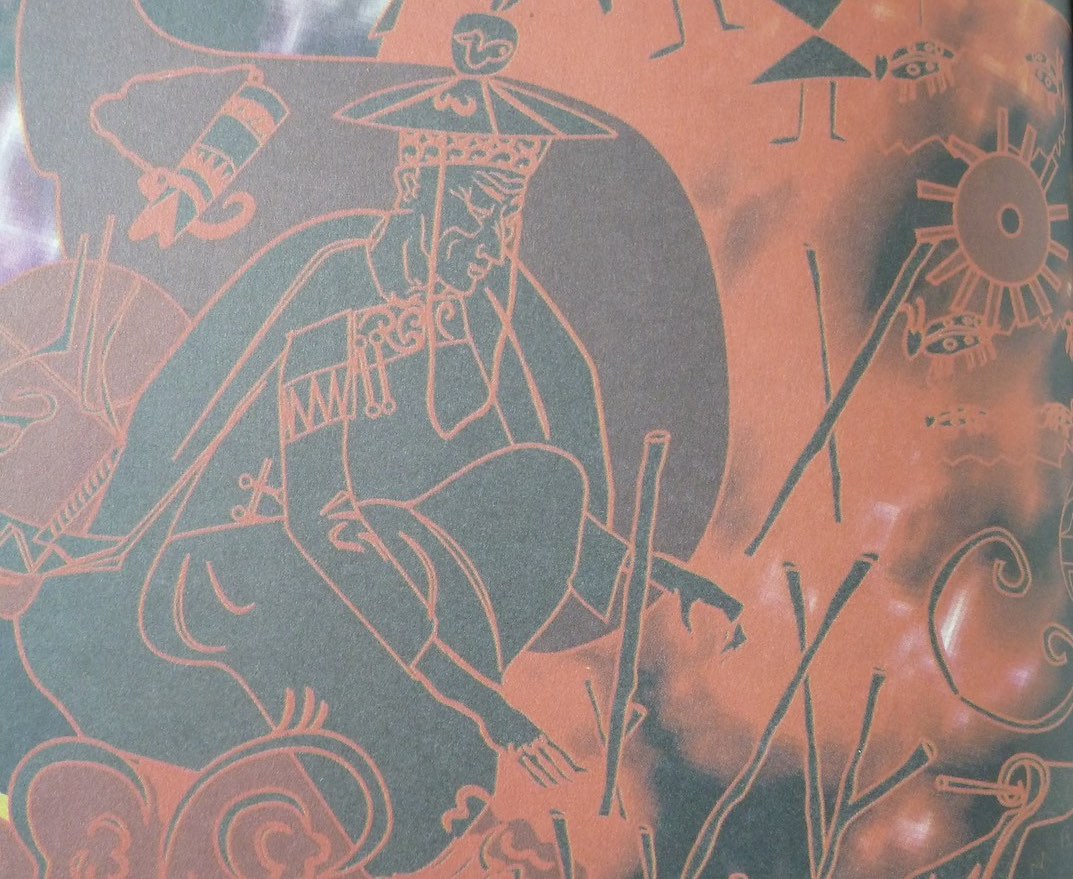 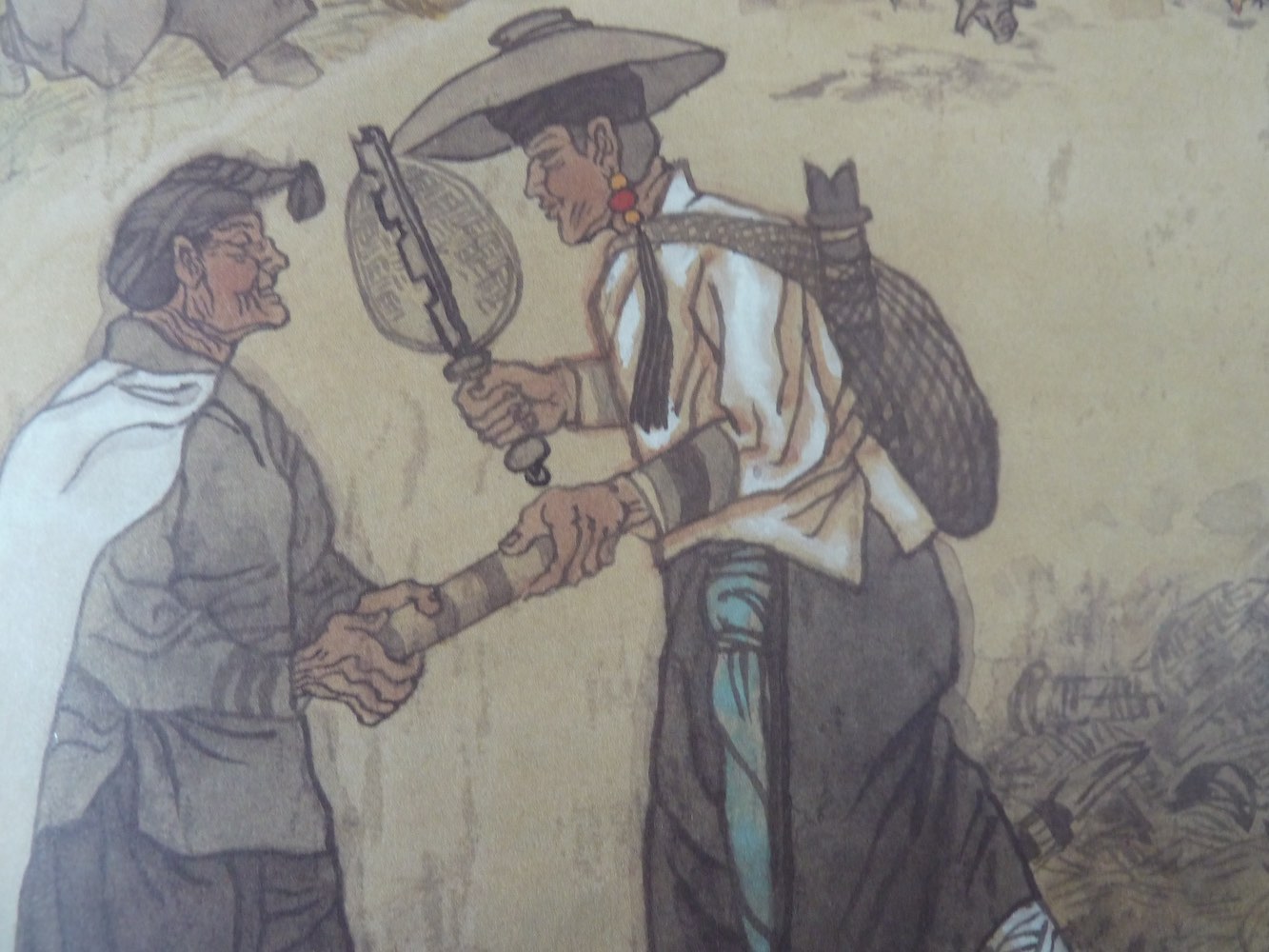 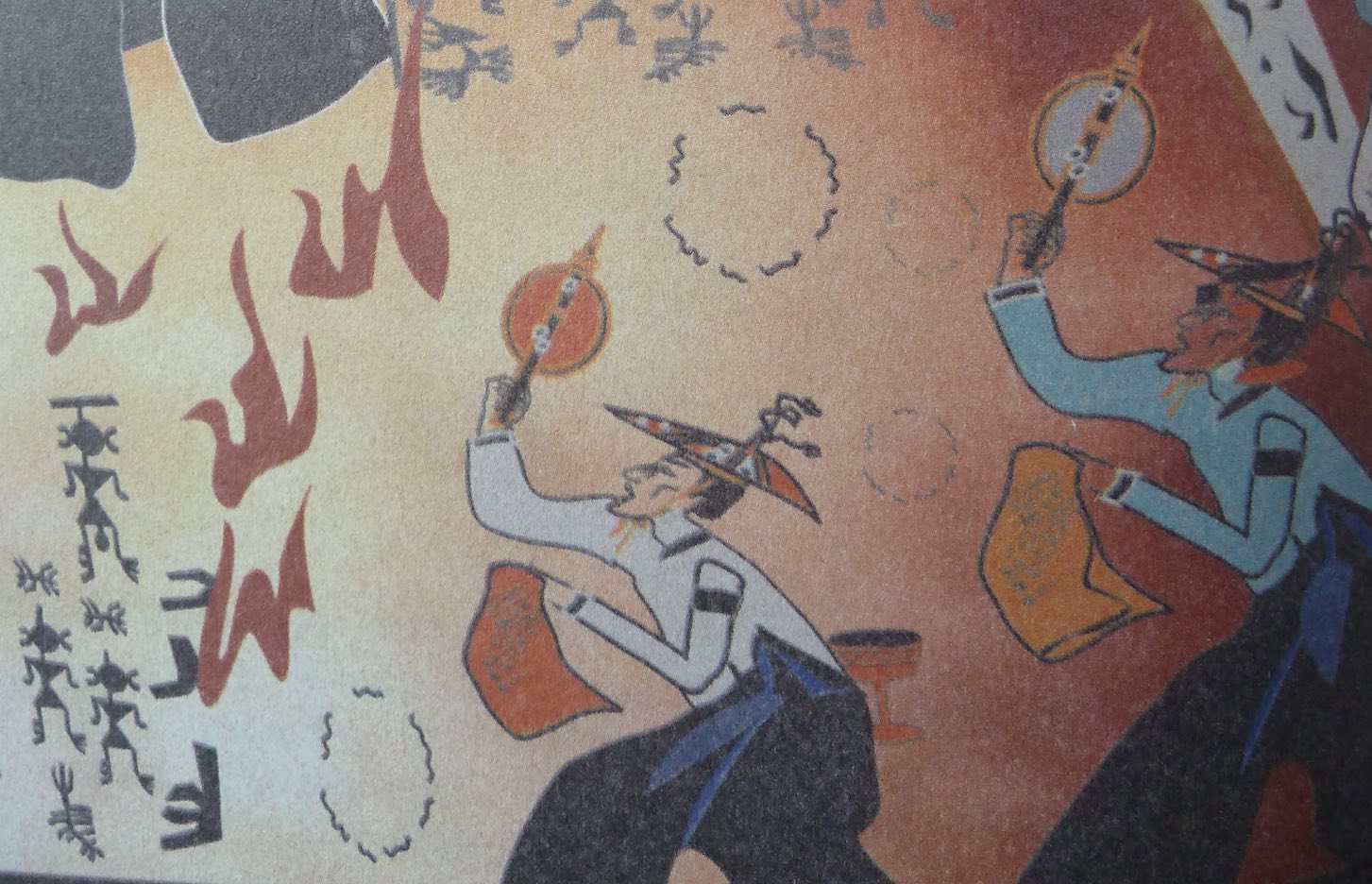 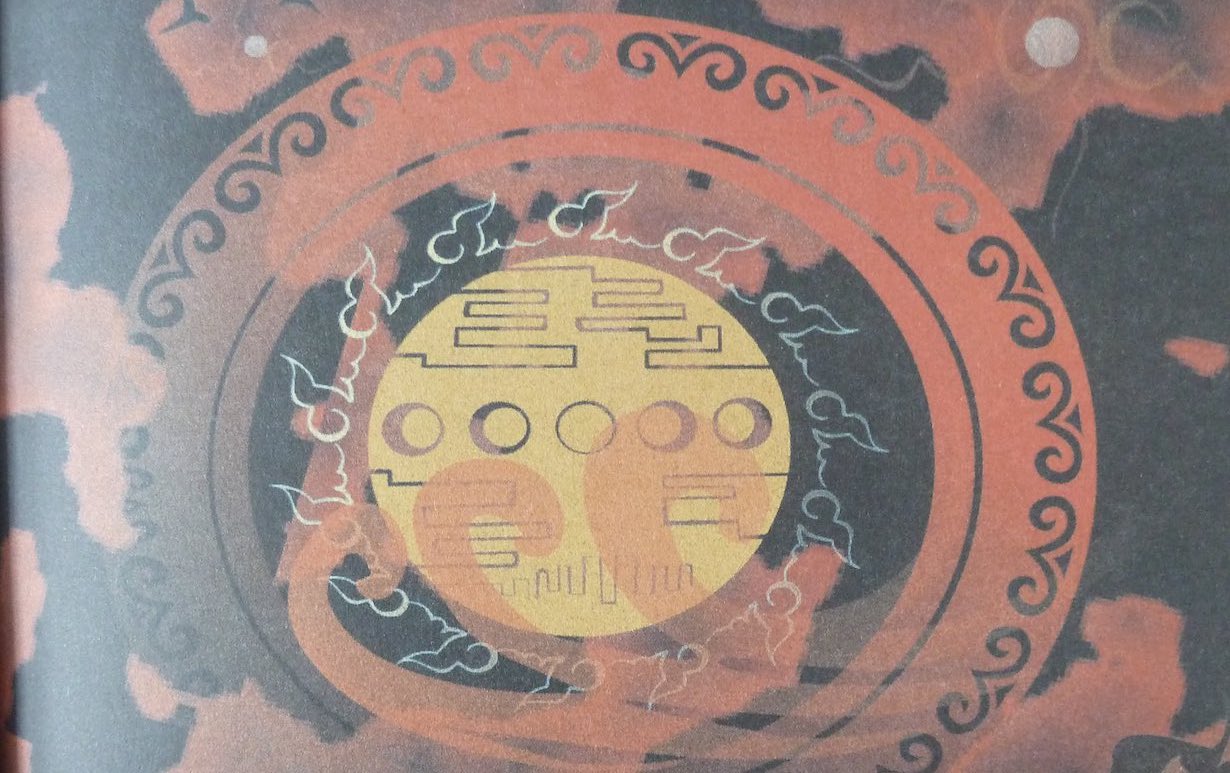 Cosmological Visionaries explores what global environmental initiatives of the future will look like and sets forth two key research questions: (1) How can scientists, shamans, priests, and other indigenous holders of animistic knowledge collaborate in regions of climatic vulnerability and (2) What are the geopolitics of climate change and the policies that surround it? Starting from the position that cosmology often evokes religious ways of knowing or being, the project brings together anthropologists, ethnologists, historians and philosophers of science and ethics, religious studies experts, space and satellite researchers, indigenous leaders and environmental scientists to examine how climate change is managed at the ethnic borderlands of China and Russia. The widespread deforestation undertaken in Siberia to meet Chinese market demands for wood is melting Russia’s vast permafrost, accelerating the release of ancient greenhouse gases, which carbon capture and storage technologies of the future will not manage. Our project is an academic and a practical intervention driven by two research teams – the China Team and the Russia Team – with a fourfold methodology. Firstly, we will uncover the scientific and indigenous views on climate change in Southwest China and Siberia. Secondly, we will mobilise dialogues between scientists and animistic peoples to mutually inform their approaches to climate change. Thirdly, we will explore how collaboration can benefit both parties. Fourthly, we will map the policies and geopolitics of climate change in China and Russia. Scientists who collaborate with indigenous peoples can get more subtle data than when working alone. Indigenous persons who supply scientists with advice and logistical help can source scientific initiatives for managing local climate change. This feedback loop between scientists and indigenous peoples, advocating for each other, can enable religious leaders and scientists to translate shared findings into visions that everyone can commit to. 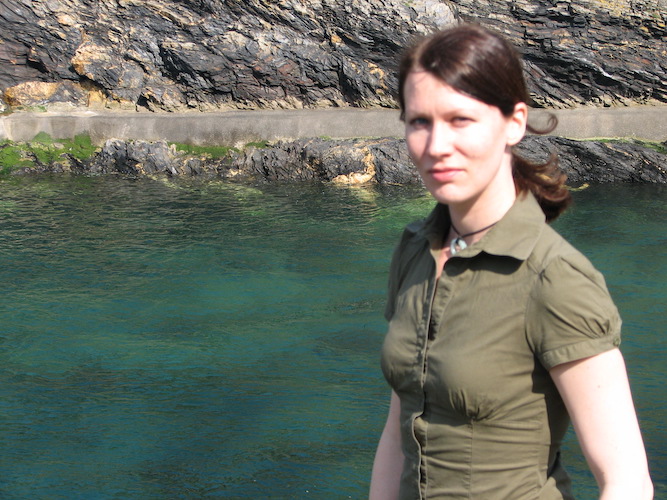 Katherine’s area of interest is the anthropology of religion, with a specialism in animism and shamanism across Inner Asia. Some key themes running through her work are: dreams and fame; innovation; cosmology and the scientific; climate change; joking and the environment; play and parody; freedom and irony; hospitality and slavery; sacrifice and ethics; economies of prestige and value; favours and anti-favours; the nature of challenges and ordeals; pedagogy and virtuosity; wonder and the uncanny; imagination and materiality; aesthetics and ideas; storytelling, memory and art; nostalgia and traditional mediation; concepts of fortune, luck and fate; the heuristics of time and space; divination; games; conflict and witchcraft; the ‘anthropology of anthropology’; and the study of the social sciences within China. Publications include Crafting Chinese Memories: The Art and Materiality of Storytelling (Berghahn, 2021); Animism Beyond the Soul: Ontology, Reflexivity, and the Making of Anthropological Knowledge (special issue of Social Analysis, 2016, republished by Berghahn, 2018); Fortune and the Cursed: The Sliding Scale of Time in Mongolian Divination (Berghahn, 2012); numerous articles in the Journal of the Royal Anthropological Institute; Social Analysis; Inner Asia; and Religion and Society: Advances in Research. She is currently finishing a monograph on Nuosu dreams and animism. 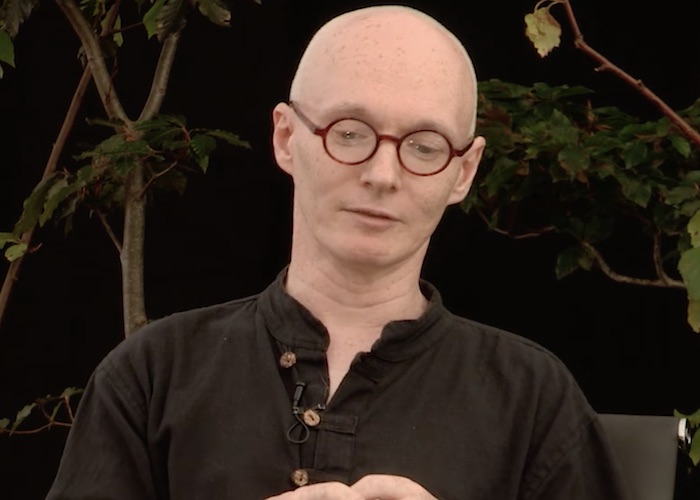 Tony Milligan is researching ‘Envisioning the Permafrost Thaw Beyond Russia: New Assemblages of Scientific Knowledge’ and ‘Envisioning Forestry Conservation Beyond China: New Assemblages of Scientific Knowledge’. Conducting research in Siberia and Southwest China in alternate years of the project, he is comparing the new assemblages of scientific knowledge that are produced when Russian and Chinese scientists envision how they think the world – both within and beyond their own countries – will respond to the thawing Siberian permafrost and Chinese ecological initiatives.

Tony’s area of interest is applied ethics, with a specialism in the ethics of space exploration. His current research takes in ethical applications of satellite data for dialogue building between scientists and indigenous peoples. The key theme uniting his areas of research is otherness (other people, creatures, and places). Previous publications include Pravda v době populismu/Truth in a Time of Populism (2019); the co-edited white paper on Astrobiology and Society in Europe (2018); the co-edited volume The Ethics of Space Exploration (2016); The Next Democracy? The Possibility of Popular Control (London: Roman and Littlefield, 2016); Animal Ethics: the Basics, (2015, 2020 Spanish edition); Nobody Owns the Moon: The Ethics of Space Exploitation (2015); the co-edited volume Love and its Objects (2014); Civil Disobedience: Protest, Justification and the Law (2013; Indian market edition 2017); Love (2011); Beyond Animal Rights: Food, Pets and Ethics (2010, 2019 Korean edition). He is currently finishing a monograph on The Ethics of Political Dissent, for Routledge, due for release in 2021. 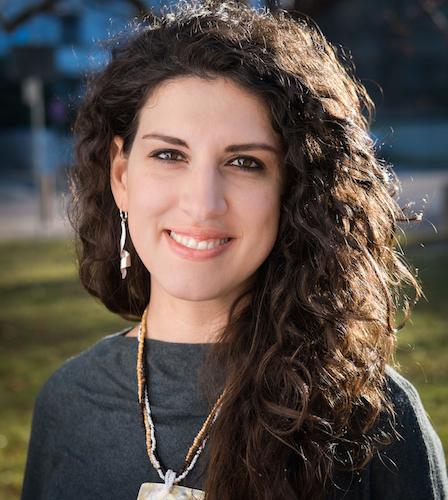 Elisa Tamburo is researching ‘Cosmological Visions of Satellites and Spirits in a Nuosu Town’. She is documenting the ecological and forestry protection practices of Nuosu animistic priests and shamans as well as local views on the rapidly shifting landscape of space and satellite technology in the Liangshan mountains of Sichuan province, China. To contextualize her research, she is consulting archives and gathering oral histories about Nuosu experiences with China’s steel-making industry and the deforestation of their highlands in this strategic area of satellite technology.

Elisa’s area of interest is social anthropology, with a specialism in urban and environmental anthropology in Greater China. Themes emerging from her work include displacement, resettlement, and belonging; the political economy of planning, housing, and infrastructure; time, futurity, and the politics of history; ritual and place-making. Elisa completed her PhD in Social Anthropology at SOAS, University of London, with a dissertation titled ‘Moving house: place, identity and the politics of relocation in urban Taiwan’. Based on 18 months of immersive ethnographic fieldwork, it investigated the relocation of a historical, diasporic settlement built by the Chinese Nationalist government after its exile to Taiwan in 1949 – a military dependents’ village (juancun) – to high-rise apartment blocks and explored the ways in which three generations of Mainlanders negotiate their political identity, belonging, and practices of everyday life in the aftermath of urban displacement. Previous publications include ‘High-rise Social Failures: Regulating Technologies, Authority, and Aesthetics in the Resettlement of Taipei Military Villages’ in Focaal – Journal of Global and Historical Anthropology (2020) and ‘Authoritarianism in the Living Room: Everyday Disciplines, Senses and Morality in Taiwan’s Military Villages’ in Journal of Current Chinese Affairs (2018).

Lena Springer
Research Associate in the History and Philosophy of Science
lena.springer@kcl.ac.uk
www.kcl.ac.uk/people/lena-springer 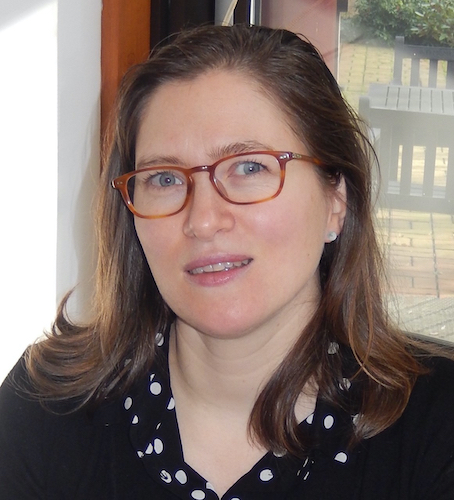 Lena Springer is researching ‘Scientific Visions of Reforestation in China’. Working closely with environmental scientists and experts in law, development, and religious studies, she is mapping out their work on forestry and other forms of ecological management in Southwest China. She is observing scientists in action, with a particular focus on how they encounter ethnicity through their efforts at implementing forest conservation in the Liangshan mountains of Yunnan province.

Lena’s area of interest is the history of science in China and Europe. She has worked on such diverse themes as medical culture and education in contemporary China; the modern history of botanical surveys and text-based pharmacognosy in East Asia; migration and ethnicity; ethnic naming and natural science; spatial and sociocultural mobility; the day-to-day business of supplying good-quality medicines; natural product regulation and licensing; and the educational and occupational paths of the practitioners, scientific researchers, and teachers of medicine from China practising in Austria and the German-speaking world. Her work has shown that Traditional Chinese Medicine (TCM) physicians, historians, and standardisers form a precarious knowledge base and a model in China for the now widely propagated, yet highly disputed, success story of TCM and its terminologies, treatments, and adaptations. Unexpected findings from her ethnographic work and life-stories include fundamental shifts in the history of pharmacists and the still mostly rural-based industry of materia medica suppliers throughout China and its neighbouring regions. Her research on the sourcing and manufacture of useful plants, and on the circulation and prescription of medicines, have led her to Southwest China, including East Tibet, Kham; the ethnic Miao territory of Guizhou Province; and the Qinling mountain range. 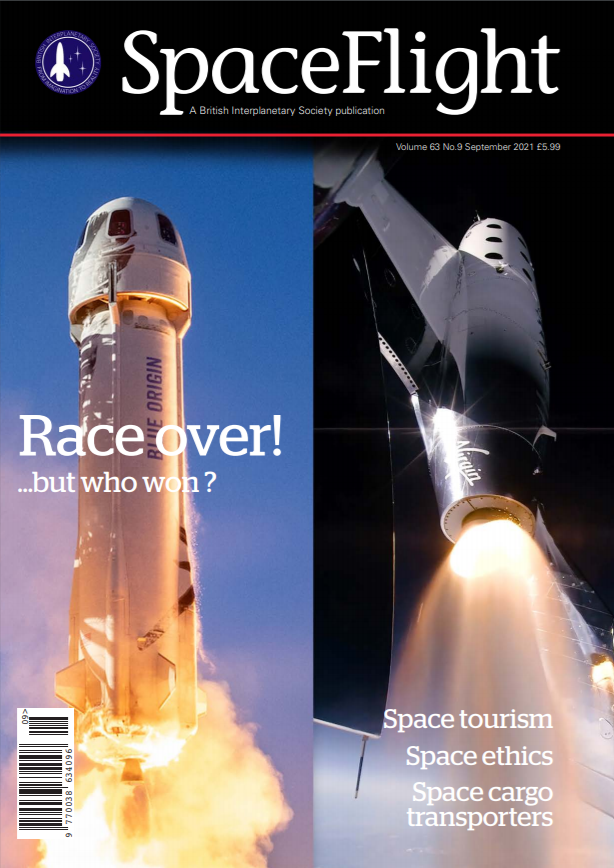 A forthcoming Nina Kojima article Shall we stay...or should we go? in the September 2021 edition of Spaceflight carries coverage of work by long term-collaborators Tony Milligan (Cosmological Visionaries project, KCL) and Jim Schwartz (Wichita State University) on the ethical dimensions of space exploration. 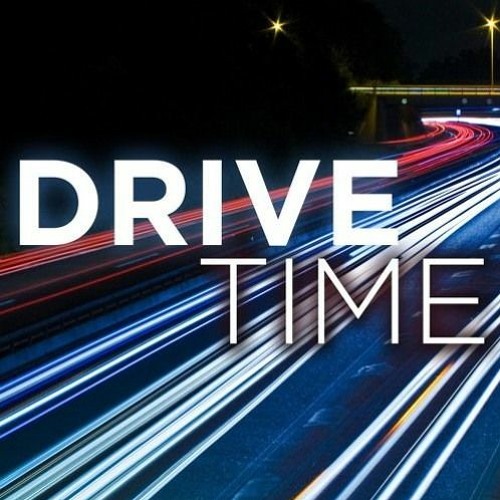 In this 10 minute slot on the Voice of Islam’s weekday Drive Time Show, Tony Milligan answers questions about environments in space, the utilisation and protection of the Moon and Mars, and the slow global pressures that may eventually result in a new space treaty involving China and the US. The interview is available as a podcast here.

30 June 2021: Katherine Swancutt publishes 'It's Scientific!' in the JRAI

An early view of 'It's Scientific!' Play, Parody, and the Para-ethnographic in Southwest China by Katherine Swancutt (Project Lead of Cosmological Visionaries, KCL) has been published as open access on the web page of the Journal of the Royal Anthropological Institute. The definitive version will appear in Volume 27, Issue 3 of the JRAI in September 2021. This article explores drinking games that play with the scientific, and anthropology in particular, in Southwest China. It explores how ethno-historians from an ethnic minority group of China alternately parody or champion all things scientific. 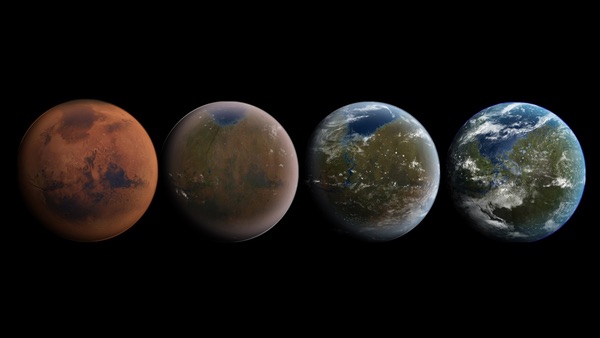 Tony Milligan (Cosmological Visionaries project, KCL) has collaborated with James S.J. Schwartz (Wichita State University) on an op-ed for The Space Review, describing the history of 'space ethics' and its important role in the space sciences. 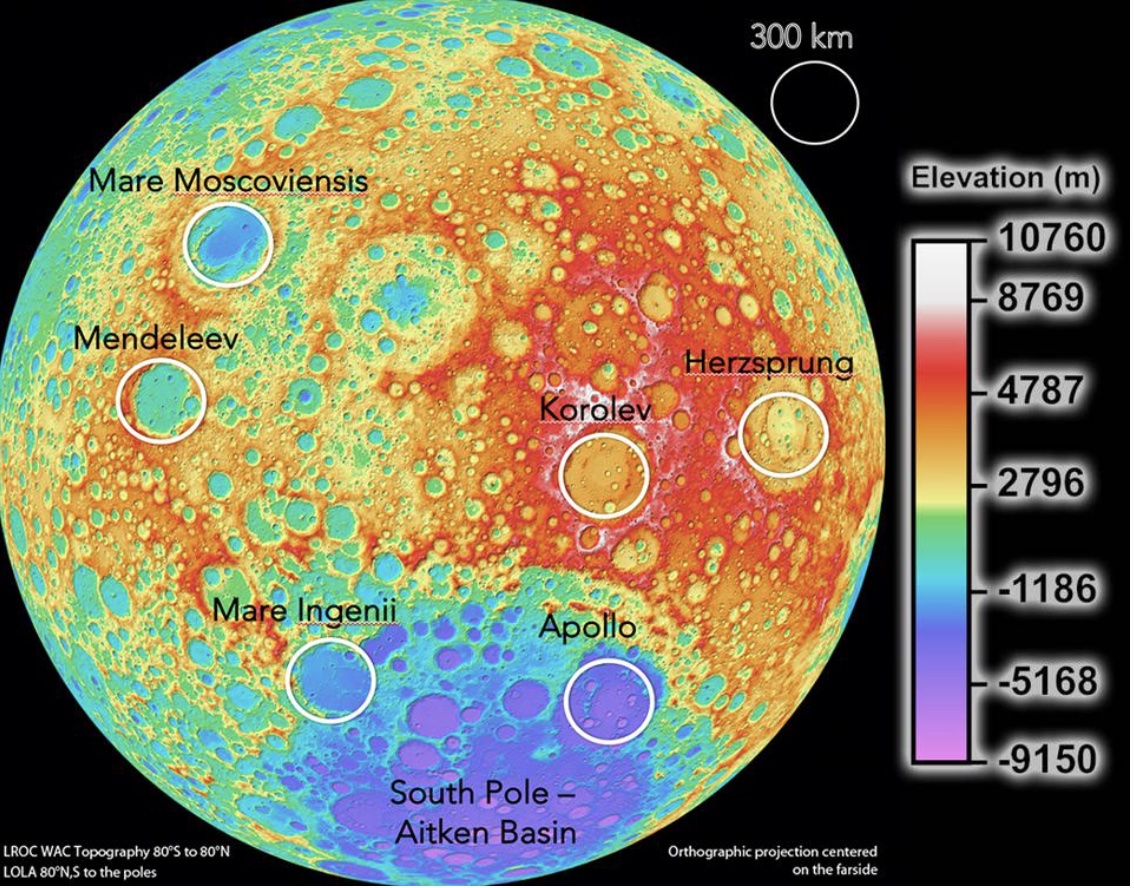 Philosophical Transactions of the Royal Society A has just published 'Concentrated Lunar Resources: imminent implications for governance and justice', the latest article in an ongoing collaboration between Tony Milligan (from the Cosmological Visionaries project, KCL), Martin Elvis (Center for Astrophysics, Harvard & Smithsonian), and Alanna Krolikowski (Center for Science, Technology, and Society, Missouri University of Science and Technology). While there is a tendency to think of tensions in space as the result of conflicting ambitions between state agencies and the private sector, the article highlights the more fundamental problem of limited and exhaustible strategic resources on the Moon. Multiple and legitimate stakeholders from science, lunar protection and the private sector are all targeting the same limited sites such as cold traps, the Peaks of Eternal Light down in the South Polar Region, the relatively small number of iron rich areas which result from asteroid impacts, and areas with the highest concentrations of Helium-3. The authors review the strategic resources and sites and consider issues of policy response and timeliness: what needs to be done and when. Various options are considered to deal with crowding, and a ‘veil of ignorance’ argument is set out to support the claim that it is better to get lunar actors to establish some provisional norms now, before strategic programs become fixed, and before some of the advantageous pressures of uncertainty are removed.